Smart Planning have been successful in obtaining outline planning permission for three detached bungalows within the Chelmsford Green Belt.

The site, located between Wickford and South Woodham Ferrers, was judged to be previously developed and Chelmsford City Council determined that “On balance, it is considered that the proposed dwellings would not have a greater size, scale and spread than the existing development on the site.”

Additionally, the Council stated that “…the proposed dwellings would have no materially greater impact on the openness of the Green Belt than the existing …uses on the site and would not amount to inappropriate development in the Green Belt.” 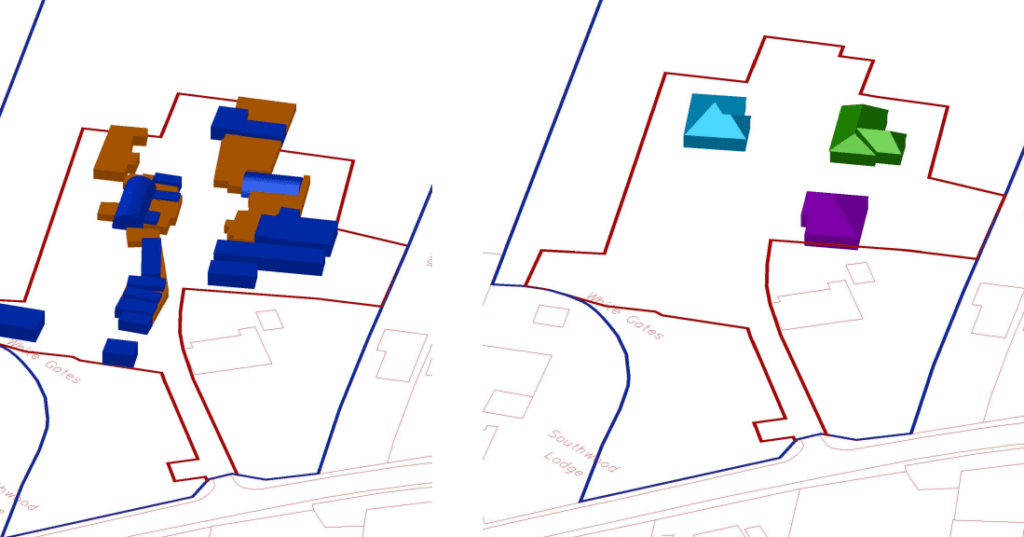 This argument was, in part, demonstrated through the 3D volume comparison plan (pictured left) prepared by our in-house Design Studio.

In respect to neighbour amenity the Council found the proposal “would likely have an acceptable neighbour
relationship with each other” and that in respect to access and parking “The existing site access would be utilised for the proposed development. The Highway Authority have assessed this and subject to the imposition of appropriate conditions they have not raised an objection.”

Furthermore, the scheme was considered to be acceptable in all other regards and subsequently conditional planning permission was granted as a result.

If you would like to establish your site’s potential, then contact us today about our Desktop Appraisal service.